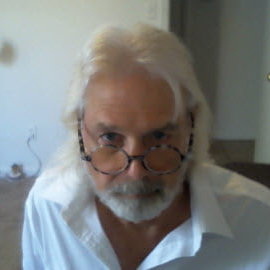 Lonny Douglas Meinecke, Ph.D., is an assistant professor of psychology at Philander Smith College in Little Rock, Arkansas. He urges us to practice reverence for naturally occurring works such as people, wildlife, and wilderness, rather than unnatural works such as businesses, information, and civilization. He urges us to remember to honor both the very young and the very old, and both the very able and the very crippled . . . because human beings should not have to be useful to human industry before they hear us say how precious they are to us just as they are.

In a book that examines biophilia, Drs. Markey and Meinecke argue that all is not lost just because the planet is dying. They posit that something as simple as practicing reverence for a flower can save the planet, and that there is no greater love that a great people might express than to prioritize the survival of their planet before the survival of their economy. If everyone could just stop to honor the smallest and most transitory things, surely the greater and more enduring things would not fail to notice how dearly we honored them. Dr. Meinecke received his bachelor’s in information technology from the University of Phoenix, and his master’s and doctorate in psychology from Grand Canyon University in Phoenix, Arizona.

"We arrive at truth, not by reason alone, but also by the heart" – Blaise Pascal